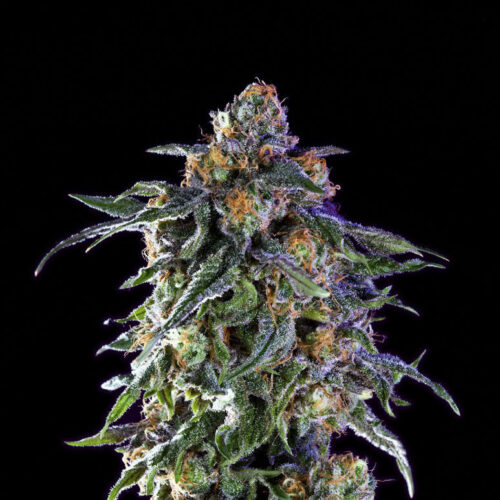 Ken’s Original GDP (traditionally known as Grand Daddy Purple)T has lots of imitators out there today, but this proprietary “Royal Indica” strain whose puffy buds are unusually dense, magnificent in their unreal color scheme, their unmistakable smell, awesome taste and unbelievable potency are what make it, straight up uniquely… the “Real Deal!

These seeds are the result of crossing Ken’s GDP clone to a lucky male find out of that same bud! GDP then use the female/male progeny to further develop their GDP in seed form.